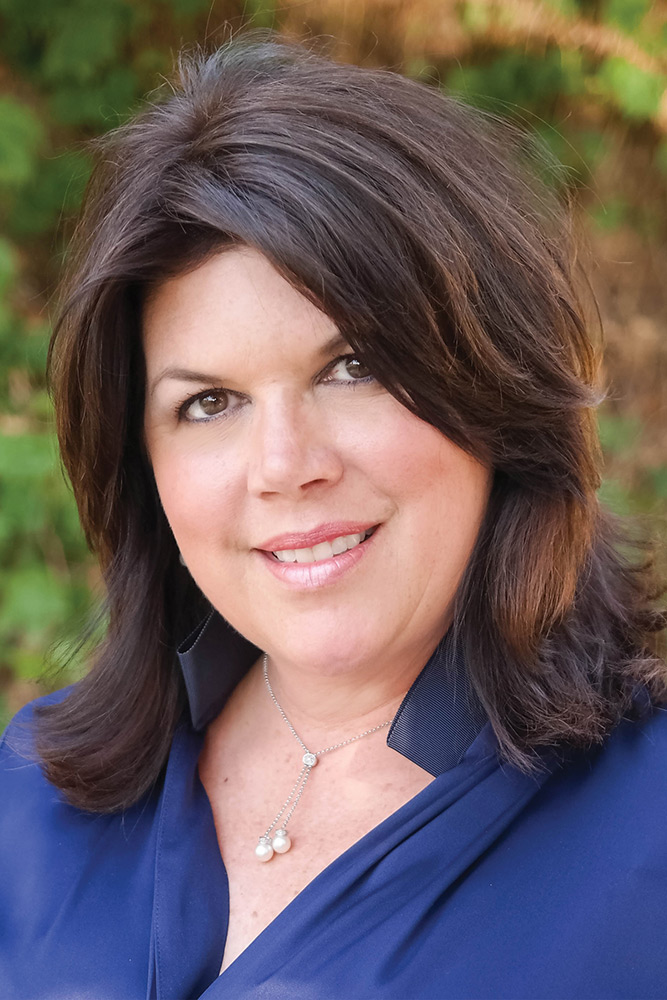 Janet McLain has worn many hats (and wigs) in her life! She graduated with honors from the University of Oklahoma with a Bachelor of Science degree and marketing minor. She has lived and worked in Oklahoma City ever since.

Janet then worked five years in the fashion industry where she became aware of the connection between a person’s self-worth and their style and appearance. As a cancer survivor, she knows what it feels like to endure difficult physical changes.

For 12 years, Janet worked in pharmaceutical sales studying pharmacology and the ways in which drugs impact the body systems. This Renaissance woman then shifted gears and started her own catering company, Saffron 59. She clearly understands nutrition and the value of food to one’s soul and body. In fact, Janet published a cookbook entitled To Serve.

As the devoted mother of two sons, Janet volunteers at Heritage Hall, where she currently serves on the Board of Trustees.

Because of Janet’s personal odyssey with cancer, she is passionate about guiding others through their journey. With the varied hats she has worn, Janet has developed many insights she desires to share with others living through cancer. With her genuine warmth, heartfelt compassion, and her smiling demeanor, Janet instills positivity and hope!